Is poop a killer?

Is poop a killer?

I made a post about my situation on a different opae ula discussion website, but I'm not receiving responses fast enough, so I decided to come here.

I have 2 opae ula shrimp that were originally from an ecosphere. They're in a 1 gallon tank. They've been in the tank for almost a year now. I set it up with distilled water and supershrimp salt (basically just pre-measured salt for the 1 gallon tank) that I bought from a reputable opae ula breeder. I also bought pre-washed substrate, pre-washed calcium carbonate pebbles, and macroalgae from the same guy. The only object in the tank that I did not buy from the guy was a cave, which I bought from a pet store. The cave is a decoration made for aquariums.

Nitrates and nitrites in my tank are at 0ppm. Ammonia is at 0.25ppm, and it's been at that level for quite some time. I did two 25% water changes in the past to try to bring it down, but to no avail. I thought that since there's no filter in the tank, then it would make sense to have some ammonia in the tank, and I've never had any problems with my shrimp before. Recently, however, I learned that there should be no ammonia in the tank, and that the ammonia is a problem.

2 days ago, I noticed my one shrimp swimming on his side, and it looked to me like he had something stuck on him. I thought that he was molting (I have a picture attached with the thing stuck on him circled, I couldn't get the best picture of him), and then I heard that he's dying, most likely due to ammonia poisoning. The other shrimp in the tank is completely fine. I was told to find whatever's rotting in the tank causing the ammonia spike and to then do a 90% water change, but I have absolutely no idea what's causing the spike. They seem to poop a lot. I think that their poop in the substrate is causing the ammonia spike, but I've heard that people have had opae ula for years without doing any water changes, which leads me to think that perhaps it's not their poop. I don't know what else it would be though.

I only ever fed my shrimp one time, and that was when I first put them in their tank. Even then, I didn't give them a full pellet; I only cut off a tiny piece from one. Their bellies are always visibly full and there's plenty of algae in the tank. I'm afraid about overfeeding them, especially since there's only 2 of them, so I haven't fed them since adding them to the tank.

I didn't receive any replies back as to what could be causing the ammonia spike, so I just did the 90% water change yesterday. Hopefully that wasn't a huge mistake. I stirred the gravel around to try to get as much poop out as I could. The one shrimp is still completely fine. The other sick one is still alive. He stays at one place on his side for a bit and then moves to a different spot. Sometimes he swims around upright for a minute before going back to swimming on his side. I just hope he makes it. It's been about a day since I've done the water change, and ammonia is still at 0.25ppm. I heard that it can take a few days for it to go down though.

Does anyone have any inkling as to what caused the ammonia spike? If it's the poop in the substrate, should I rinse it off and put it back in the tank? How long will it take for the ammonia to go down? What's hanging off of my sick shrimp? I'm really lost and don't know what to do.

Edit: Sorry, I thought I was posting this in the health section, but I guess not. I can't seem to delete this post and move it. My apologies. 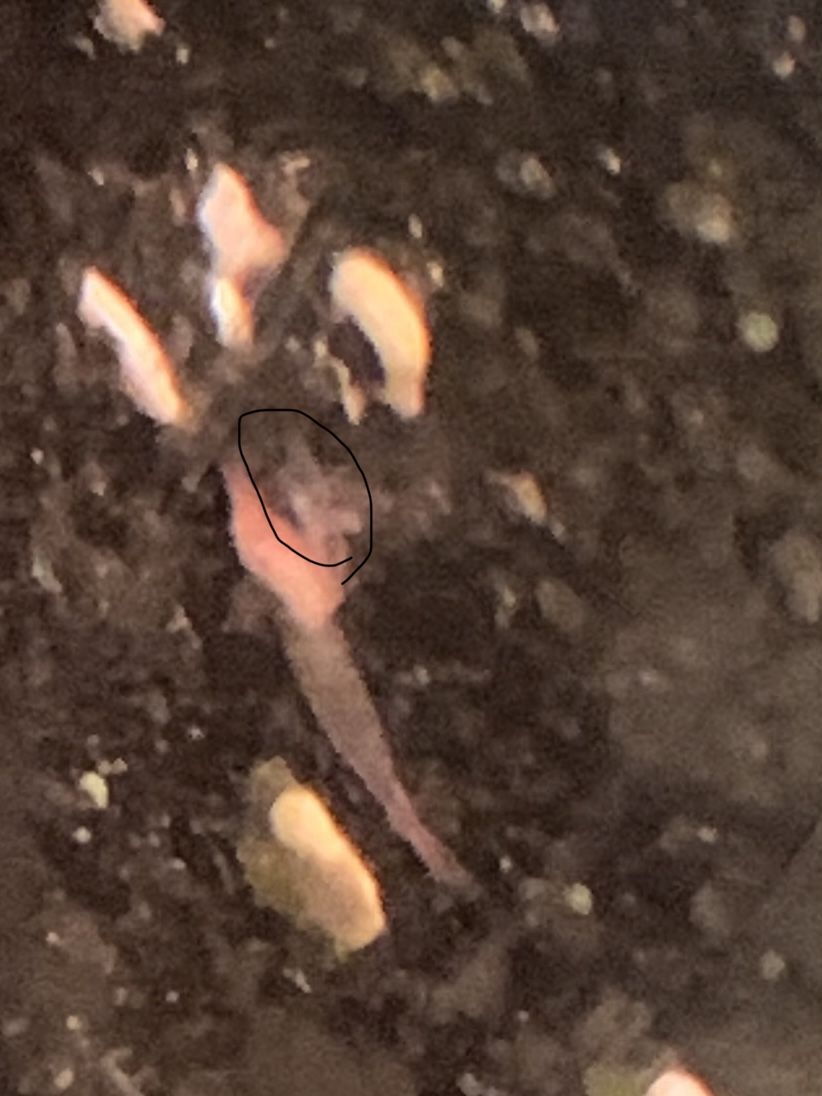 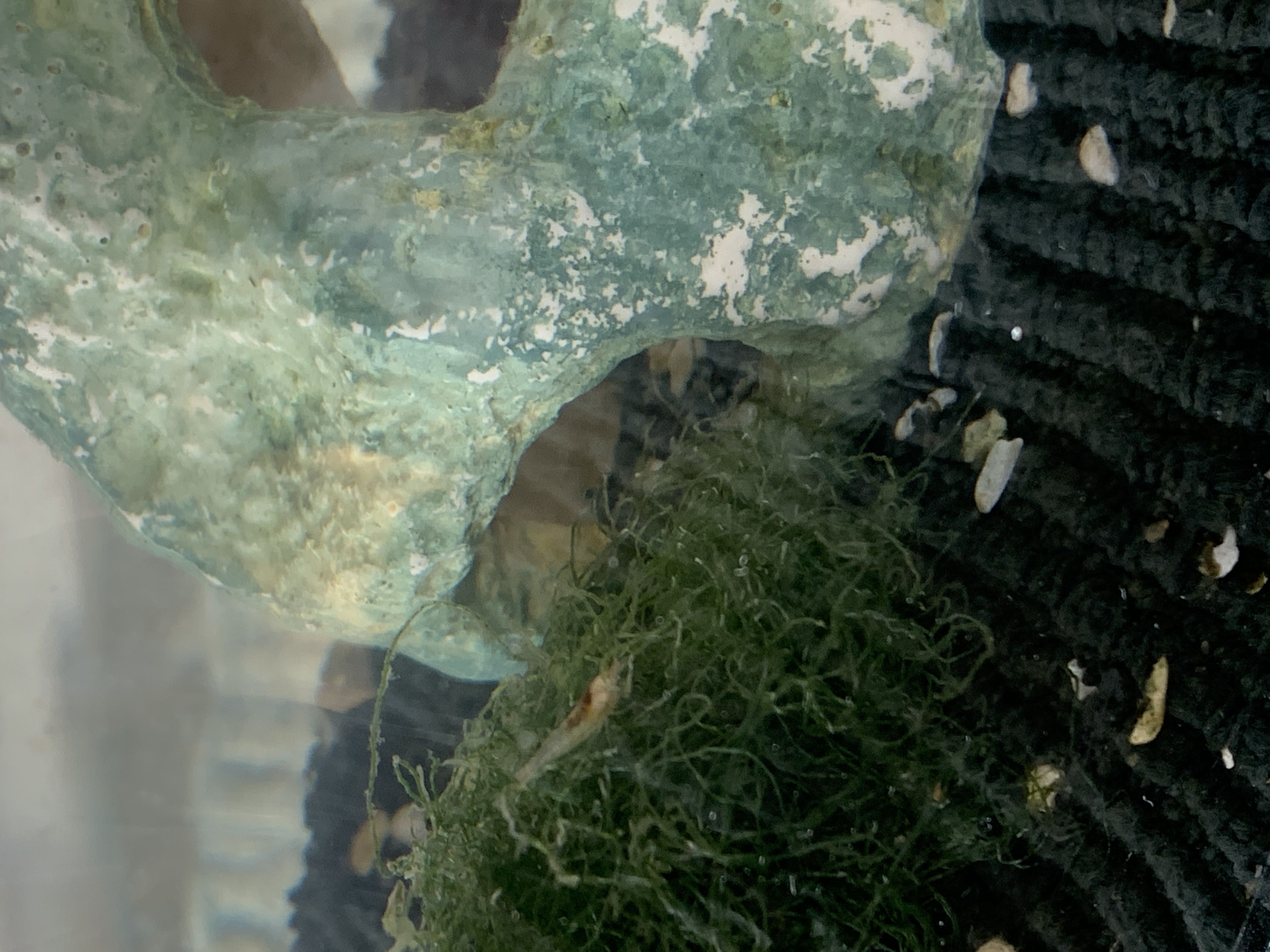 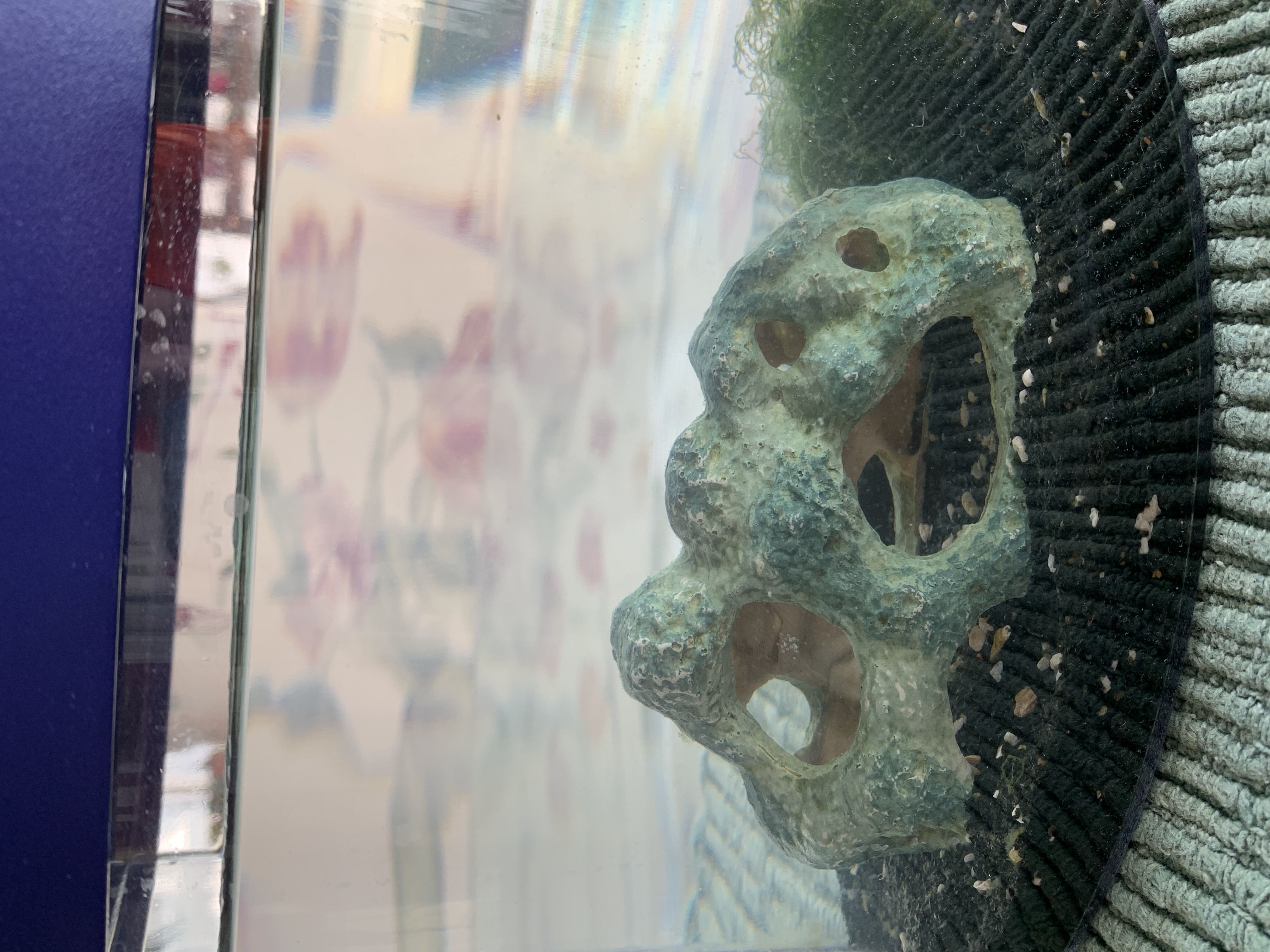 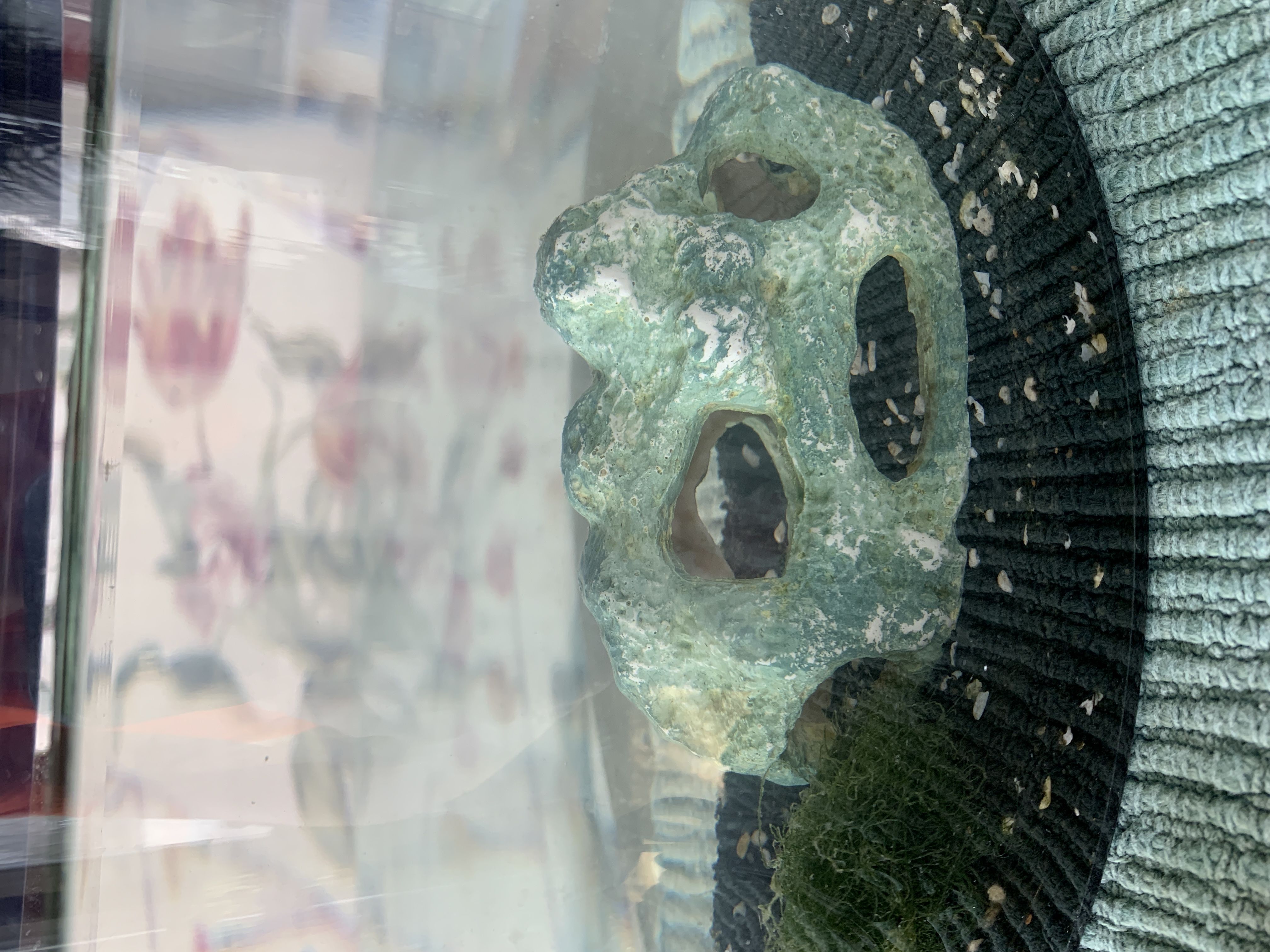 How old is the tank?

You are seeing ammonia because your tank isn’t cycled, this is where ammonia is turned into nitrite and then nitrate by bacteria in your tank. No bacteria = build up of ammonia and nitrites which are the harmful ones to shrimp and fish.

Kee doing 75% water changes until you no longer get ammonia or nitrites, can take 8 weeks, probably longer if you don’t have substrate for the bacteria to colonise. You could put a filter in for a quick solution to combat having no sub strait.


odin wrote:How old is the tank?

To be exact, the tank itself is about a year old, and the shrimp have only been in there for about 9 months. The tank ended up cycling for 3 months. I didn't intend for it to cycle that long, but I was super nervous about breaking open the ecosphere I had and releasing the shrimp into the tank, so it ended up sitting for 3 months.

I will keep doing water changes. Thanks for your advice! :)

#9801  by odin
10 Mar 2021 20:23
Just be aware other websites will say that cycling a tank is just leaving it for 2 months etc.. cycling a tank is growing nitrifying bacteria that turns ammonia into nitrates and then into nitrates.. bacteria has to eat just like shrimp, leave the poop in but just do water changes until the ammonia stops spiking.

You could always get some biodigest to add to the water to help if you can get it where you live.

I can order biodigest online, but I'm not sure how much I'd put in for a 1 gallon tank. Do you have any other recommendations besides biodigest?

Also, how often should I do the 75% water changes? Should I do them every day or every other day until the ammonia goes down? I have to get some more distilled water, so I can't do a water change today.

Thanks for all your help!

#9809  by Vorteil
16 Mar 2021 01:17
Keep in mind to have a well balanced ecosystem you need all that shrimp poop. It feeds the algae that feeds your shrimp. This jar pictured here has tons of it. I never check the water. No deaths and it's over 4yrs old. Started with 15 now there's over 50. It gets direct sunlight 5 hrs a day or so. 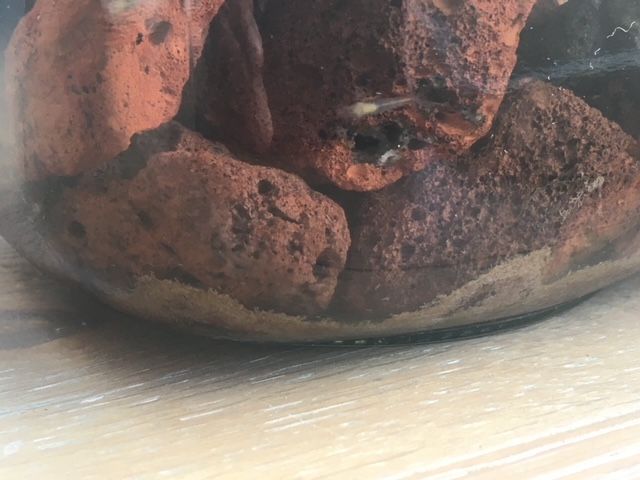 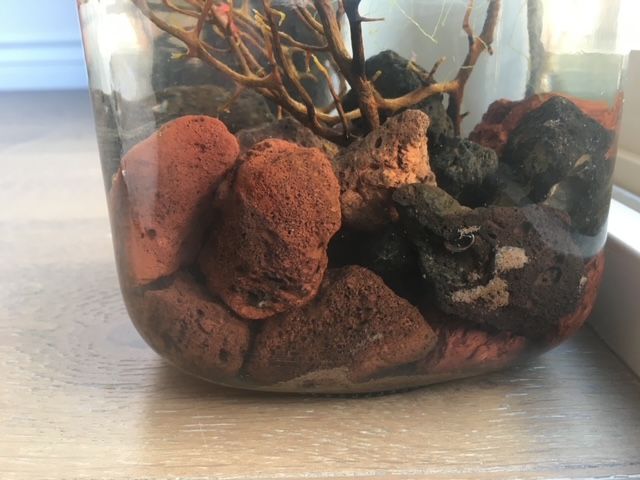 Ok, thanks a bunch for your help! I've done about 2 water changes now. Still got ammonia...ugh! I'll keep at it.


Vorteil wrote:Keep in mind to have a well balanced ecosystem you need all that shrimp poop. It feeds the algae that feeds your shrimp. This jar pictured here has tons of it. I never check the water. No deaths and it's over 4yrs old. Started with 15 now there's over 50. It gets direct sunlight 5 hrs a day or so.
IMG_8839.JPG
IMG_8838.JPG

Thanks, that eases my mind a lot. I ended up leaving the rest of their poop in the substrate. I did also move my tank. It was originally in my room and I used their tank light since there was no good natural light in my room. I now moved it into my kitchen where there's plenty of natural, indirect light. I hope that that helps the situation a bit. Should I give the tank some direct sunlight, or is indirect light alright too?

My sick shrimp is still alive. I saw him swimming normally for a minute the other day. I like to hope that he's getting better, but I'm not quite sure. He's back to hiding in the cave now, but I do see him outside of it here and there. He definitely can still move around the tank and eat. The other shrimp I have is still completely fine. I think he likes the new lighting way better than the tank light.

#9815  by Vorteil
19 Mar 2021 20:09
I wouldn't over think it. You never know why your opae got sick. It could be old age or just got sick. There's no known diseases that Opae Ula can get vs a few that their freshwater cousins can. Don't let it get to you if you can, it's out of your control.

Vorteil wrote: ↑19 Mar 2021 20:09 I wouldn't over think it. You never know why your opae got sick. It could be old age or just got sick. There's no known diseases that Opae Ula can get vs a few that their freshwater cousins can. Don't let it get to you if you can, it's out of your control.

Thank you, I’ll try not to overthink it.

I’ve been doing water changes for a little over a week now and the ammonia is still at 0.25 ppm. How long will it take to go down? I’m starting to get discouraged. I’m thinking about moving the shrimp to another container with freshly mixed distilled water and salt until it goes away.