Don't give the Japanese new ideas!

This would be the worst trend ever...

Lol, that would be terrible!.

Wow, mid 40’s and still survived. I thought they would surely died at that temperatures.
Why wouldn't the Opae Ula share his food? Because he was a little shellfish

Vorteil wrote: ↑12 Apr 2019 00:14 My salinity ranges from 1.008 to 1.010. I had some major issues last summer with my tanks ranging from 88-90 degrees. I had a tank outside get as hot as 96 degrees accidentally. No issues with the opae. None died & this was only for one day. At the same time my daughter did not plus the the extension cord all the way in this winter and it was in the mid 40's to 50's for 5 days. All the opae were a the bottom some laying on their sides but had their color. Plugged the heater back in and by the end of the day they were all swimming around. That tank is now in my garage. 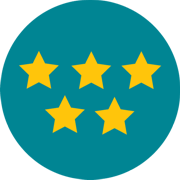 Algae In Space wrote:Really cool. They day will come when they'll graze on algae in space!


They already have! They were in space years ago with NASA, checkout the document pdf thread in the forum for more information!

Algae In Space wrote:Really cool. They day will come when they'll graze on algae in space!


They already have! They were in space years ago with NASA, checkout the document pdf thread in the forum for more information!


Yeah I know! But on their own I mean

I would tend to agree with you on that theory. So maybe the opae ula babies prefer a lower salinity?

A chiller will not be cheap. I have (2) ice probes that lower the temps around 5 degrees but that's not low enough. I want the opae to continue breeding when summer is here. Main goal is to combine (1) 6allon, (2) 5 gallons, (2) 10 gallons into the 40 & 20.Less lighting. I just want to make it more organized.

hi vorteil, rest assure the opaes still can reproduce during summer times, all my friends including me are in a whole year long summer country with water temp 28-32degC in the morning, we all dont have a chiller and the opaes thrives. unless summer in your country is much hotter, then getting a chiller for your new setup is good. 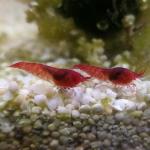 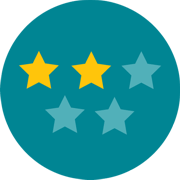 Algae In Space wrote:That's pretty awesome actually. I should have left more headroom in my questionnaire. It only goes to 30 °C

It just happened the other day, I noticed the Opae ula in my smaller tank were on all on the gravel for several days (dont know exactly for how many days )and none were swimming. I decided to check the temp and it was a whopping 101 F. The heater wouldn’t turn off and I took it out of the tank immediately. I didnt see any deads ones and after a few hours they were starting to swim around. It was a hydor brand heater.

I assume the Opae ula dont move much to stay cool in really warm waters.

The pipiwai snail was hiding at the high temps and appeared when I took out the heater.

I think if it was any other shrimp or fishes, it would of surely be dead.
Why wouldn't the Opae Ula share his food? Because he was a little shellfish

It's also crazy how often I've heard about issues regarding heaters. I can imagine the snails hiding. That's like a sauna