#9526  by Vorteil
06 Nov 2020 22:36
There comes a time in every shrimper's tank that their macro algae needs to be trimmed back. For me it started to get too dense that it would be that time. 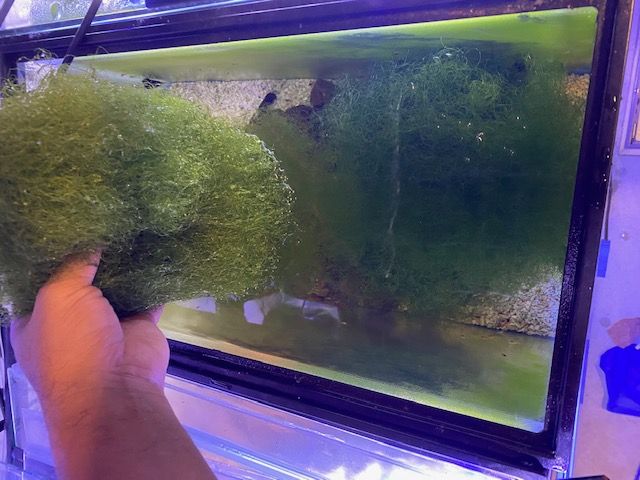 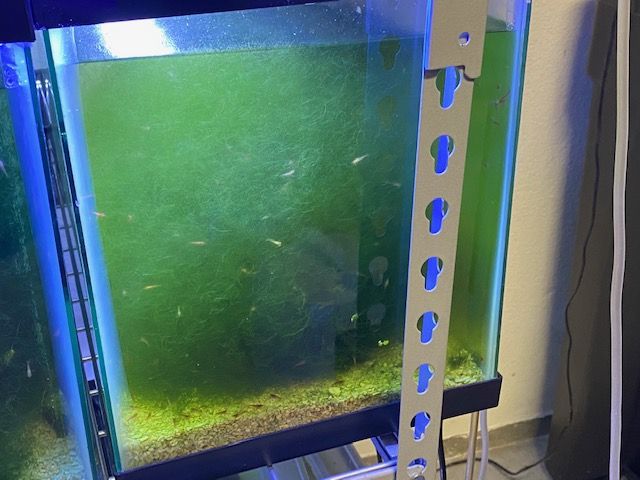 The algae was pulled from (3) 10 gallon tanks. For Odin that means 38 liters. I put it into a 5 gallon tank using tap water and the usual marine salt mix. Some water came from the tanks but mostly new. I added a sponge filter for water movement. It doesn't need the filter and I had an air line laying around so I figured why not. Without thinking I added some Opae Ula in there not realizing that the tank was mostly made up of tap water. They did fine. I fed them a couple of times some freeze dried spirulina. Added some liquid plant fertilizer. Over time the algae started to get too dense again. I still had quite a bit in my tanks so I figured I would break the tank down. It sits on the concrete of the garage. I didn't realize that they had stated to breed in there and that there were floaters in there. I put back about 25% of the alage. No idea how much damage I did. So for this tank I'm just going to leave it as is. There's no substrate. I just added some lava rocks from a half gallon jar I took apart.

The color or health of the algae in my opinion can be controlled by what it gets for food whether from the opae ula or fertilizers. If it doesn't get enough it will die off. 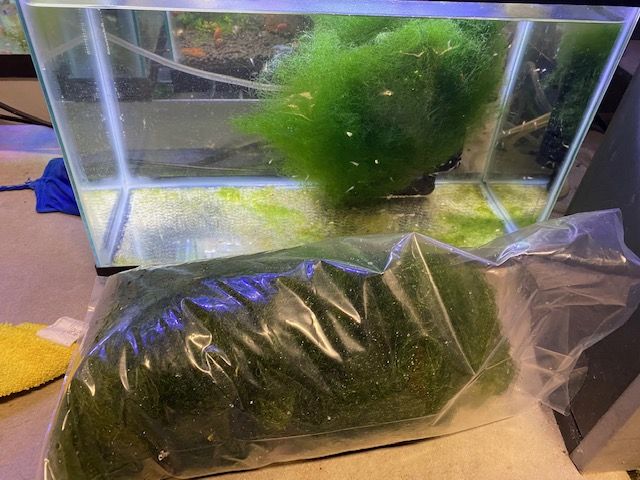 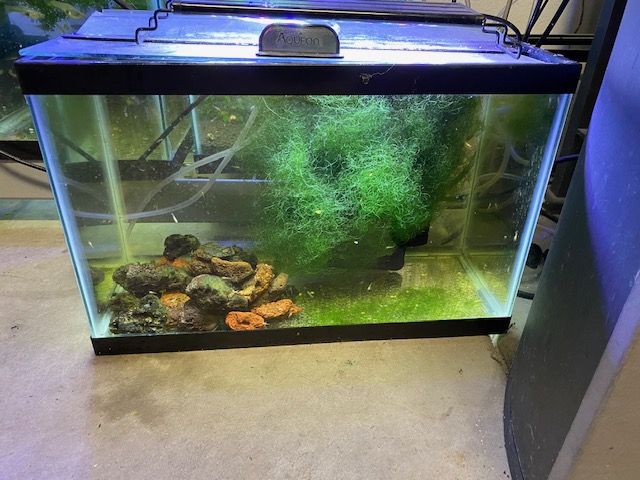 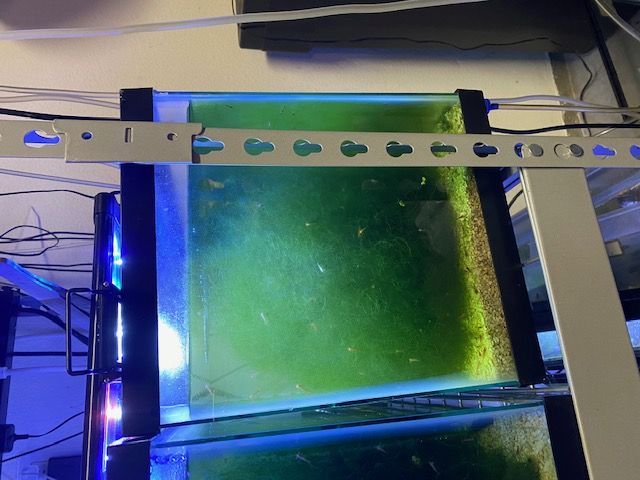 I have to work to support my Fish & Shrimp, oh, and my family too...

I couldn't reposition the pics. Maybe Odin can 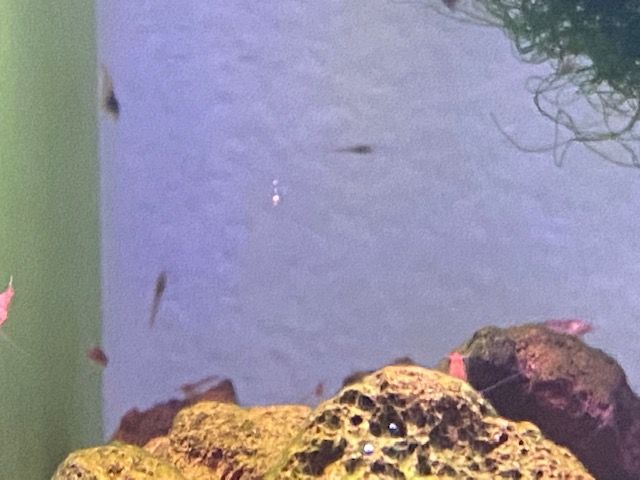 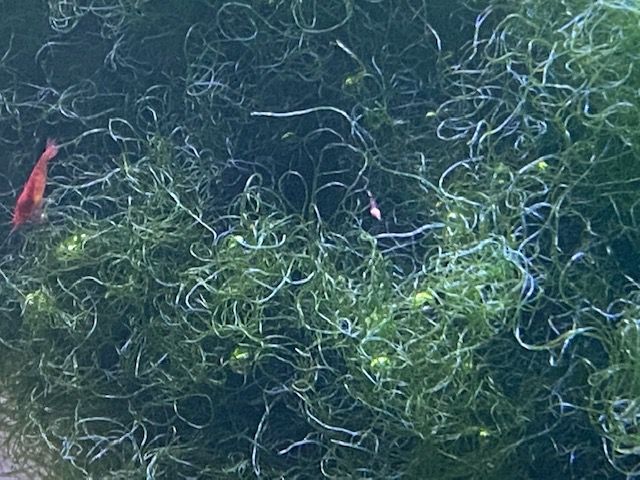 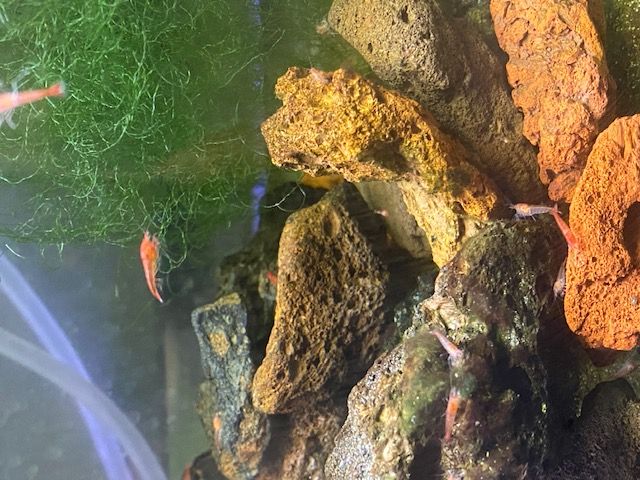 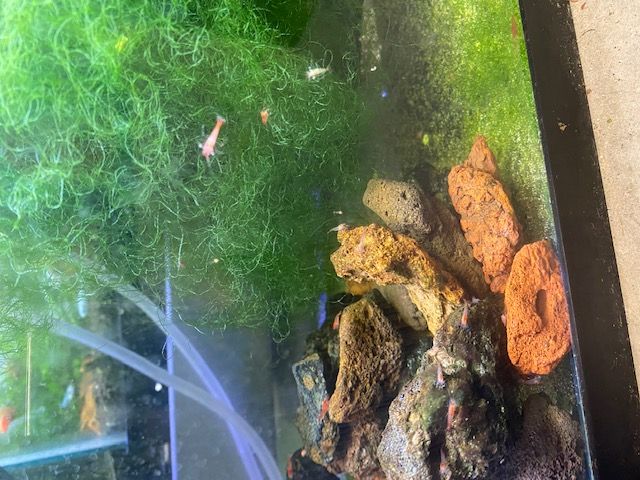